Every year, Alberta Agriculture Service Board representatives from local rural municipalities nominate a farm family for their contributions and commitment to agriculture and their communities. All nominees are honored at the Farm Family Award Ceremonies held in conjunction with the Calgary Stampede.

Kneehill County Ag Services Board & Council recognize together, with the Calgary Stampede and Bank of Montreal (BMO) the importance of honoring farm families. Those who best typify the ideals and way of life for the farm family unit and their contributions to the enhancement of the family's quality of life, their rural community, and society. 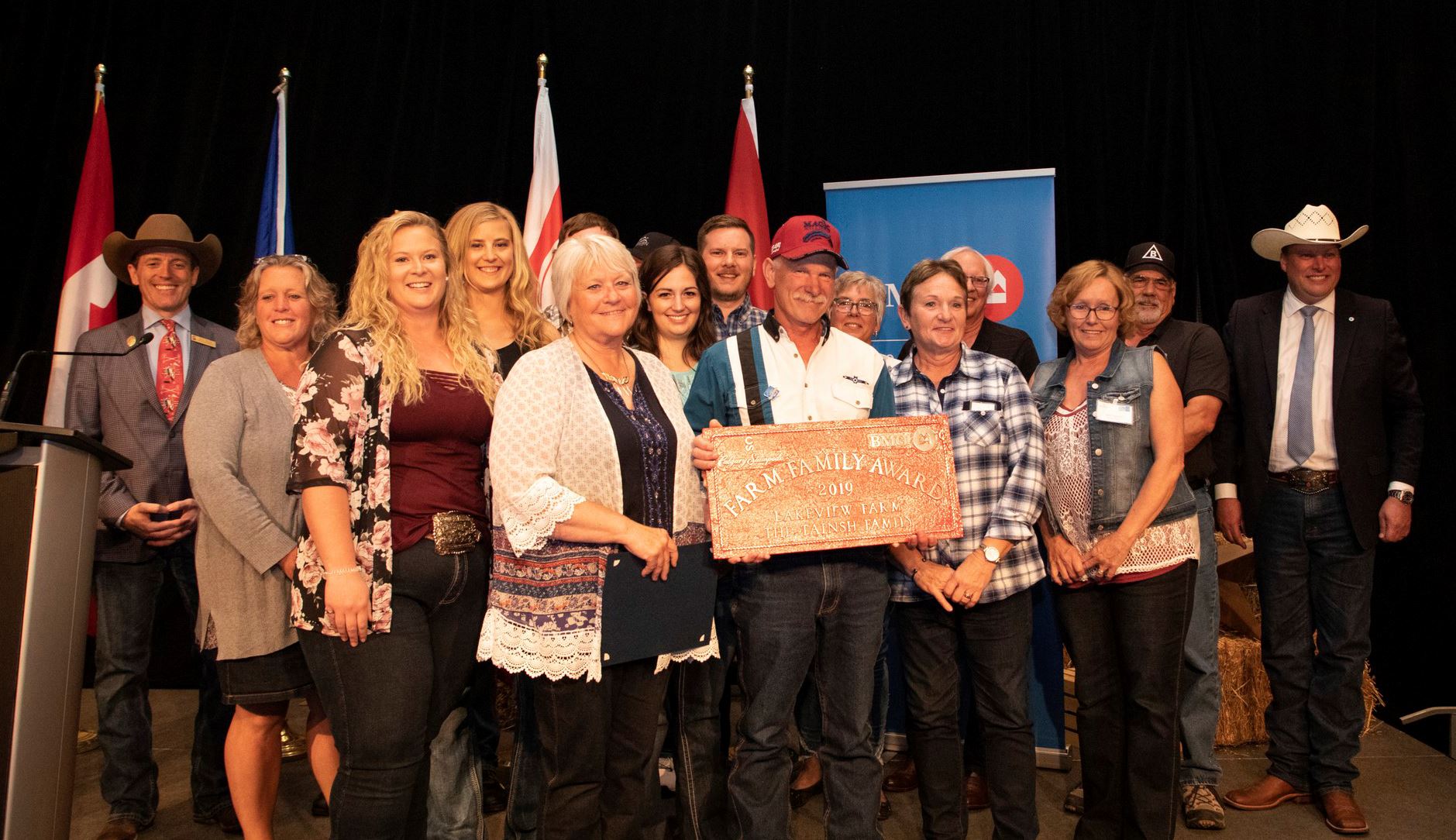 While Tim and Mary Lou will proudly display the gate sign that comes with the award on the entrance to their 4,800-acre mixed farm, the honour belongs to a much larger group, the couple insists.

“We might be the ones that are farming right now, but it’s in the involvement of everybody all through the years that has really made the farm what it is today,” Tim said. “It’s the whole family over the past hundred years and then the help from the community. And now, all five of us brothers help out.”

The farm by Keivers Lake was purchased by Scottish immigrants Peter and Mary Tainsh in 1916. One of their three children, Peter Jr., took over the farm. After marrying Helen Simons in 1947, they bought an adjoining farm where they raised their five sons, including Tim. One of the sons, Brian, started farming with his father in 1973. In 1985, Tim officially joined the family business.

After he married Mary Lou in 1986, the couple moved to the original homestead. They took over the full operation of the farm in 2006. The Tainshes raise grain, cattle and horses with the help of their brothers and sisters-in-law, extended family and three grown children, Allan, Christopher and Katie. Mary Lou’s animal health technician background comes in handy with the 170-head cow/calf portion of the operation, as well as with the Appaloosas they raise, train and show, and the quarter-horses they use to work the cattle.

It’s a lot of work, but their family can always be relied on to help out. Allan is a petroleum engineer who works in Fort McMurray, but lives near the farm with his wife Morgan. She’s also an animal health tech and raises and trains barrel racing horses. They both have an active role in running the farm. Christopher attends Midwestern University in Chicago, studying optometry, but pitches in whenever he’s home, as does his fiancée, Erica. And Katie is an agronomist with Nutrien, so her expertise is invaluable, her mom said.

“Our three kids have really taken to the farm life. I am sure down the road Allan will take over, but they are all really involved. We are very fortunate that we have the next generation coming up,” Mary Lou said.

That love of agriculture was reinforced through the family’s extensive involvement in 4-H. This year, Mary Lou is on the 4-H Parade Committee with the Calgary Stampede, in addition to her regular volunteer roles at Horse Haven (showing off an Appaloosa every year) and Draft Horse Town.

The couple stressed that their success wouldn’t be possible without the support they receive from Tim’s brothers and their wives—Jim and Carolyn; Norm and Gail; Brian and Terri; and Dennis and Kelly—whether it’s at harvest, during calving or running to town for parts.

“They’ve been an ongoing help for years, which we really appreciate. We’ve also recruited their kids,” Tim said.

“More hands make the workload easier and more fun, too. It’s so great to have the family still so involved in the farm in some way,” Mary Lou added.