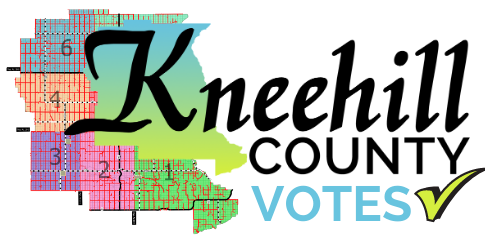 Watch a recording of the Pre-Candidate Workshop, hosted by the Kneehill Regional Partnership.

Visit the Rural Municipalities of Alberta website for more information on running for office, including resources to help potential candidates understand the election process.

Qualification of a Candidate

Section 21 of the Local Authorities Election Act (LAEA) outlines the qualifications of a Candidate. Eligibility requirements for a person to be nominated as a Candidate on Nomination Day (from January 1, 2021, to noon on September 20, 2021) include:

The Nomination Paper and Candidate Acceptance (Form 4) must be completed and requires the Candidate to sign an affidavit confirming:

The nominated Candidate is responsible for ensuring that the nomination paper filed is fully completed and meets the requirements of the LAEA. If a nomination is challenged, the courts will assess eligibility.

In accordance with Section 151 of the LAEA, it is an offence for a Candidate to sign a Candidate’s Acceptance Form that contains a false statement, which is subject to a fine of up to $1,000.

Ineligibility for Nomination as a Candidate

Sections 22 and 23 of the LAEA provide an overview of instances when a person is ineligible to be nominated as a Candidate in a municipal election. Some of those instances include when:

As this information does not detail all instances of ineligibility, Candidates are responsible for consulting the LAEA. It is the Candidate’s responsibility to ensure they are eligible for nomination.

Every nomination of a Candidate shall be completed through the submission of a Nomination Paper and Candidate’s Acceptance. Each nomination form must be fully completed, and include the signatures of at least 5 eligible Electors. To ensure the validity of nominations, a Candidate may submit more than the required 5 Electors’ signatures. If a nomination is not signed by at least 5 Electors, the Returning Officer cannot accept the form.

The County does not collect a deposit to file nomination papers.

Nominations for the offices of Councillor will be accepted by appointment with the Returning Officer beginning on January 1, 2021, until 12:00 noon on September 20, 2021. Nomination forms are to be filed with Legislative Services by appointment at Kneehill County, located at 1600 2nd Street NE, Three Hills, AB.  The Returning Officer is unable to accept nominations before January 1, 2021, or after 12:00 noon on Nomination Day. Facsimiles and electronically submitted copies will not be accepted.

After 12:00 noon on Nomination Day, any person may make a request to examine the filed nomination papers by contacting the Returning Officer to make arrangements.

The Candidate is responsible for ensuring that the nomination filed meets the requirements of the LAEA.

Within 24 hours of the close of Nomination Day at 12:00 noon on September 20, 2021, a Candidate may withdraw their nomination, provided that more than 7 Candidates for Councillors have been nominated. The Returning Officer is unable to accept a withdrawal if it would result in less than the required number of Candidates for that office.

If a Candidate wishes to withdraw their nomination papers, a written notice must be provided to the Returning Officer no later than 12:00 noon, September 21, 2021.

If at the close of Nomination Day at 12:00 noon on September 20, 2021, the number of Candidates nominated for any office is the same as the number required to be elected, the Returning Officer shall declare the Candidates to be acclaimed to the offices for which they were nominated.

MORE DETAILS FOR CANDIDATES CAN BE FOUND IN THE CANDIDATE INFORMATION GUIDE AND CANDIDATE NOMINATION PACKAGE.